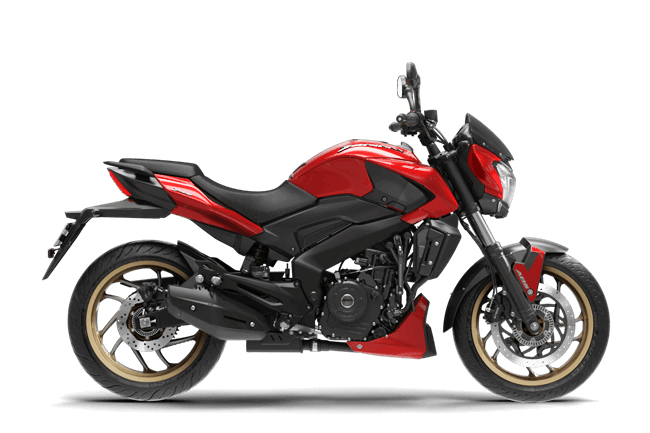 Bajaj Dominar 400 is the flagship motorcycle rolled out by this Pune-based automobile manufacturer. The bike was unveiled for the very first time at 2014 Auto Expo where it was introduced as Pulsar CS400. The official launch happened in December 2016. It’s worth noting that the actual production version inherited a lot from its initial concept look.

Dominar 400 happens to be a naked-style street motorbike designed specifically for the purpose of touring and long-distance travelling. In a nutshell, it’s supposed to be a power cruiser made for that segment of riders who may be searching for huge capacity daily commuter bike which can also be doubled-up as a powerful cruiser on highways for comfortable long rides. 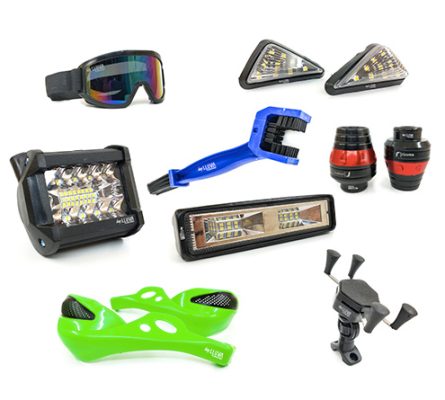 Bajaj Dominar sits on a beam type perimeter frame that looks like it was derived from a sports bike. It means riders can expect agility and stiffness. Dominar 400 measures 2156mmx813mmx1112mm in terms of length, breadth, and height. The wheelbase sits at 1453mm. This wide perimeter frame offers stability and good support for carrying huge saddle-bags for touring and long rides. LLUVIA has saddle stays in its list of Bajaj Dominar accessories that riders can mount for easy binding of saddle bags so they stay in place even in the most catastrophic conditions. LLUVIA saddle stays avoid risks of bags suddenly meeting with the hot exhaust and catching fire.

Speaking of design, Dominar has been designed to exude a butch outlook. It has a big fuel tank with muscular shrouds. The makers of motorcycle did a good job of merging the cowls that sit below the fuel tank with the overall frame thus giving the bike a rather clean look. The tail section further accentuates that clean look.

Bajaj Dominar 400 comes with dual LCD instrumentation with a small unit sitting on the fuel tank and the larger one mounted on handlebar. To help with a more relaxed riding position which is all the more essential during long rides, LLUVIA offers handlebar risers as part of Bajaj Dominar accessories. Moving on to the front of the bike, the headlamp of the bike is mosaic shaped housing several LED lights and a black visor that creates the perfect contrast. There’s 41 mm forks, a front fender, and a fat tyre that further enhance the dominating facade of Dominar.

To maintain bike’s high performance, engineers have given it multi-spoke cast wheels coupled with disc brakes in the front. On the back, you will notice dual LED tail lamp; much like Pulsar design. To elevate the sporty look of the bike, a stubby and short exhaust muffler has been embedded.

Running on 8000 rpm coupled with a torque output of 35Nm at6500 rpms, Dominar 400 offers 35 PS of power. The engine is single cylinder sitting at 373.3cc capacity. It is built around the company’s patented Triple Spark technology which is supposed to offer better combustion as claimed by the company. The engine is based on four valve configuration with liquid-cooling. Combined with EFI (Electronic Fuel Injection System) Bajaj Dominar is supposed to offer a balance between fuel efficiency and performance.

The slipper type clutch combined with 6-speed gearbox is given to offer smooth gear shifting and the ability to perform aggressive downshift. According to the company officials, the motorcycle can go from zero to 3 digit speed in under 8.23 seconds.

Dominar 400 was launched with 17-inch alloy wheels that came with wide radial tyres. The front tyre has a 110/70 section rubber while the rear one carries a 150/60 section tyre. This is designed to give the bike a nice grip on the road. Moving on to disc brakes, the front has a larger 320 mm disc brakes compared to the rear brakes that sit at 230mm. For added safety of braking and handling, the company has placed a dual-channel ABS. However, that’s totally optional.

The perimeter frame of the bike provides much room for stability coupled with good enough suspension to absorb shock energy that comes from uneven terrains and potholes which are a common sight on Indian roads. To further improve the off-road capacity of the motorcycle, LLUVIA has in its stock of Bajaj Dominar accessories, a 50mm aluminium Dominar fork extender which is supposed to improve the ground clearance and also give the bike a more gallant and taller look. 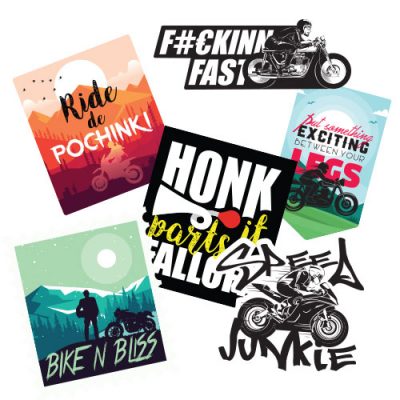